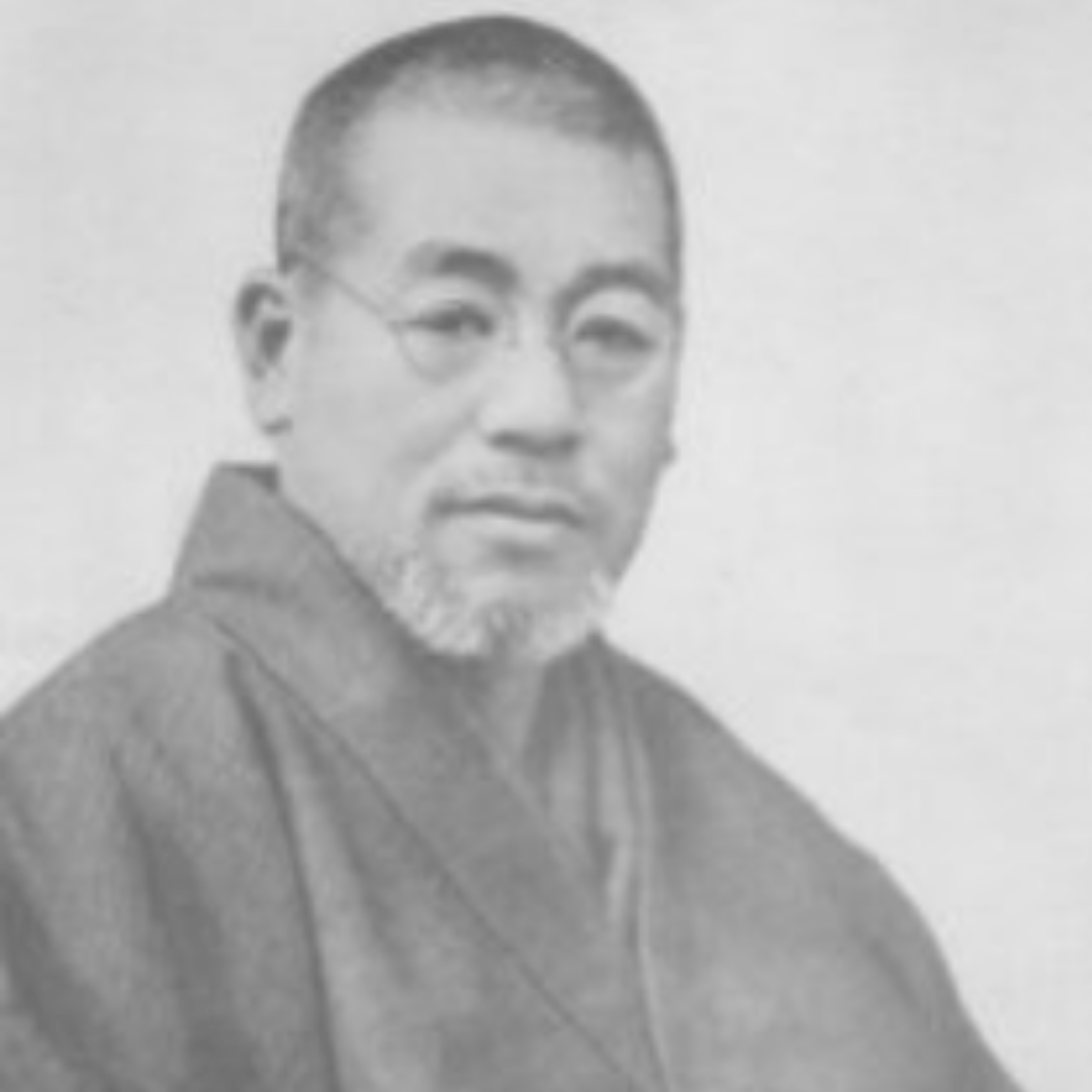 No Comments on What is Reiki Usui Ryoho?Posted in Body health By Emmanuelle MatsumuraPosted on 2021-05-262021-05-27
Share
Tweet
Pin

What is Reiki Usui Ryoho?

Reiki is spiritual development path and a healing method that has been developed and named by the Japanese sensei Mikao Usui 臼井甕男 – 1865-1926. The practician allow an intense energy to flow through its own body, and through the body of the receiver by simply placing its hand on the person. It help for physical and psychological health by awakening the self healing ability of the receiver. But beyond the healing aspect, Reiki is a life philosophy, with a all system for your personal growth.

The history of reiki

Initially, the entire name of the Reiki Usui system was called 心身改善臼井氣療法 Shin Shin Kaizen Usui Reiki Ryoho. It mean word by word Usui Energy Therapy for improving body and mind. Energy being said exactly “ki” in Japan. Actually, Usui used to call his method the Usui-Do, and sharing it as a spiritual development.

It’s then very reducing to reduce Reiki Usui to be only a “life force energy” or a healing hand method. That has been spread in the west because of the misunderstanding of the kanji. Not to be blame, totally understandable! Plus probably the fact Hayashi sensei was shortening “Shin Kaizen Usui Reiki Ryoho” to just Reiki. It’s a way beyond that.

Anyway, I would say that healing is more a consequence of a spiritual development, and that goes together with a personal evolution journey.

Today, we have many informations about Usui’s life showing that he went on the long self development and spiritual quest during his life. That lead him to develop strong healing abilities. He studied martial art with great master of his time. But also ancient religion, old buddhism, Taoïsme.

He travelled, and had various working experiences in his life including in the government (I go deeper into Usui’s life in my Reiki Usui course). He is then the perfect exemple that spirituality is a journey, and can’t be achieve in few days… it’s a process that keep evolving all our life once we start!

Reiki, a way for spiritual development

After years of practice, he did a 21 days fasting and meditation on the sacred Kurama mountain, not far from Kyoto. This is during this experience, that he received a kind of enlightenment allowing him to increase his own energy and healing abilities. He understood his life goal, and knew he had to share what he understood.

Obviously, he was adjusting to the level of understanding of each person. Like every spiritual knowledge, we keep evolving. Same for our level of understanding, that allow us to go deeper and deeper into the layers. This is exactly what the creation of a system with degree allowed him to create a progression in his teaching.

In 1923, a strong earthquake occurred in Kanto, during which he help a lot of people. This contributing to spread his reputation of a powerful healer. However, this is not because someone has reach a certains spiritual level that the reality of material life does not know at the doors… He had a family, bills to pay, and a reality to face.

The use of Reiki today

Reiki is used for physical and physiological natural health. But I would personally insist on the fact learning reiki is opening a door to a spiritual path. The more you learn, the less you know… because you reach new level of understanding that need to be integrated.

Before using Reiki to heal other, I would say that all start with yourself first. In that sens, learning Reiki is an excellent personal and spiritual development course. It can be used to rise your vibration, support your family with simple Te a Te (put your hand), and development your benevolence and empathy.

You can start to learn the hand healing aspect, which is also necessary to practice, discover your abilities, and get new experiences. But it’s a combination between development your extra sensorial ability, and self development with the various practice O Usui sensei gave to us. Meditation, self healing, the “gokai” chanting…

The evolution of reiki teaching

While Reiki has been very popular in the west, in Japan most of the people don’t know much about this healing practice from Japan. Before the WW2, a lot of people has been learning with Usui sensei at a dojo he was renting in the evening. The “Usui Reiki Ryoho Gakkai“, meaning not “school” but learning society, has been founded in april 1922. His style was more about sharing a life philosophy around him, based on the 5 concept (Gainen) of Reiki, that we can find on his grave.

And not especially practicing the hands on healing. It seems to have been more a spiritual teaching, the Usui-do (the way). Indeed, according to his amazing life full of learning, qi gong, travel, medicine, working at the government as a medical advisor… Plus his experience at Kurama dera where he has been crossed by a huge amount of energy.

Usui sensei has been asking the Dr Hayashi Chiryuho, to open a school. Which he did, in Tokyo, in the city of Shinano-machi, during the time Usui was still alive. He called its school the “Hayashi Reiki Kenkyu-kai”. A lot of students has been trained, including Mrs.Takata, a Japanese lady that immigrated in Hawaï. He was a great influencer in the development of Reiki method. Being a doctor, he started to keep record of each patient : what worked better for each disease or issue people was facing. He is actually the creator of the hand position that are used today in the west.

She came to visite the Reiki center of Hayashi sensei to cure herself from a serious disease. And because her miraculous healing after receiving various treatment at the center, she asked to be trained in Reiki. Then, she has been teaching to various student in Hawai, and Reiki has started to be spread all over the world.

The end of the public practice in Japan

However, Dr. Hayashi used to work in the Japanese navy. And many navy member joined the evening courses at the Gakkai. Because of this connection with the army, he had to stop any practice during the war. However, people was still practicing Reiki, secretly.

In 1940, Dr Hayashi was about to travel to Hawaï. At that time, it was not that easy to travel like today, and this was very common to ask people to be a messenger for giving important informations to another country. Hayashi has been asked to do so… which he refused, which was considered has an offend to the country. Being scared of the consequences for him and his family, he decided to commit the suicide ceremony – “hara kiri” – despite the fact we are unsure about which technic he used. This was probably the only solution for him to save his family, and his honor, this being very important value in Japan.

The Reiki , a secret practice that never left Japan

After the was, big changes happen in Japan, under the influence of United states of American. And the interest for Reiki, and many ancient healing practices became less attractive… Said nicely, because I do have my opinion on the subject, but would like to avoid any polemic in this article by remaining as neutral as possible. We can say that it’s thanks to Mrs Takata sensei, that Reiki kept spreading around the globe. While in Japan, people having learnt either with Usui sensei, Hayashi sensei or others, was keep practicing and sharing the knowledge.

At first, O sensei didn’t create any degree during the sharing of Usui-do around 1914. But slowly, he develop his system of transmission. It seems to be in 2023 that the society started to set a degree system (in grade and dan) influenced by Usui sensei’s friend Jigoro Kano, the creator of Judo in Japan. Then in 2025 it was started to be called “Usui TeaTe” and some level were put together. And in 1926, the system has been called URR Gakkai in 1926, after the death of O sensei.

Even during the presence of Usui Sensei, the system has been evolving. Some higher students was able to give the course under his supervision. Or he was also renting the dojo to some students to share their own healing method. This for sure brought different perspectives in the practice beyond the members of the dojo.

Nowadays, the teaching system is still designed to offer a progression. Indeed, we evolve at our own path, and we can’t become wise over few month. It requires time to catch the subtlety and essence of deep knowledge. However, it went from 13 degree to 3, and a 4th one for master. Meaning actually that the highest level existing in the time of Usui seem to be not taught anymore.

The relationship with the sensei

According to the culture, it would also make sens the way to share this system was at that time following the Japanese rules of Dojo behavior. Such as entering the dojo, leaving, bowing. A great respect for the teacher, listening without asking too much questions. And being patient as in it’s the sensei that decide if you are ready to keep learning, or if you need more time.

It’s important to remind the existence of this close relationship between a student and a sensei in Japan. Plus very specific behavior toward the group. Indeed, the notion of “circle” and group harmony is still very present today in the Japanese society.

In the learning process, you don’t receive the same guidance you receive in Europe. You find out over the time, with practice, patience and disciplined. And when you are ready inside, the sensei share what you are ready to hear and understand.

The evolution in the west

It seems that over the time, many deep essence have disappeared from the teaching in Europe and in US. This philosophy and reiki Usui system is of course deeply influenced by Japanese culture and philosophy. Despite we all are human being, we can’t deny the fact there are culture differences and approches in the Est and in the West. I might say the patience play an important role too!

Going through a spiritual journey with a healing practice require humility and time. We learn by layer… diving deeper each time. And we can understand what we are ready to understand.

Welcome on a spiritual journey!

I often say that Reiki Usui is a call, just like any desire to enter a self development journey. If you feel ready to start diving into this Usui Reiki healing system, welcome! You will discover such a beautiful soft relaxing energy wave. Actually, most people sleep in the session! If you’re suffering from high anxiety, Reiki healing is definitely for you.

And if you wish to learn energy healing and don’t know where to start… Reiki Usui is a progressive system that can accompany you and give you great base with various tools for your self practice.

Reiki for me is such a beautiful journey. It’s hard to describe my experience when, followed by a series of signs, I’ve been meditation in the sacred Kurama Yama in the very early morning. The place called me so strongly that I couldn’t ignore this deep desire to go there! At that time, I didn’t even realized it was related to Usui Reiki Ryoho. Sometimes, there is this moment in life where you don’t think, and go follow your intuition and you know you are at the right place, on the right time. It’s what Reiki is all about : alignment… a way toward at least. Just a beginning of a awakening journey called life.